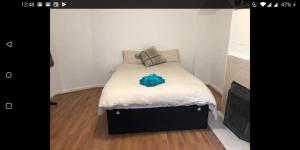 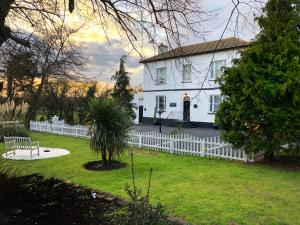 This beautifully converted farmhouse is set in landscaped gardens and is close to Dartford, Bluewater and Lakeside shopping centres. It has lovely countryside views and plenty of amenities.
€46
Stifford Clays Road, North Stifford
Show on the Map
ibis London Thurrock M25 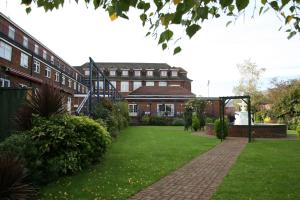 This hotel is ideally situated within 2 minutes of the M25, at the Dartford Crossing, and a 2-minute drive from Lakeside Shopping Centre. Bluewater Shopping Centre is 6.5 miles away. On site parking is available for a small additional fee.
€49
Ship Lane, Aveley
Show on the Map
Relaxing double bedroom

Located in Romford in the Greater London region, Relaxing double bedroom features a garden. The accommodation is 43 km from Southend-on-Sea, and guests benefit from complimentary WiFi and private parking available on site.
€49
113 Rush Green Gardens, Romford
Show on the Map
Nice cozy room in Dagenham 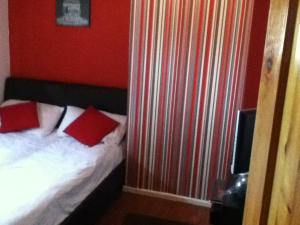 Situated in Dagenham in the Greater London region, Nice cozy room in Dagenham has a garden. The accommodation is 49 km from Southend-on-Sea, and guests benefit from private parking available on site and free WiFi.
€50
109 Lindisfarne Road, Dagenham
Show on the Map
Cheapest at Lakeside Shopping Thurrock 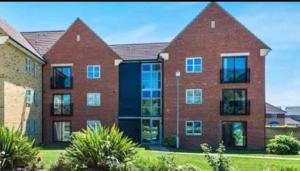 Cheapest at Lakeside Shopping Thurrock is located in Chafford Hundred, near Lakeside Shopping Centre Thurrock. The accommodation is 34 km from London. The spacious bathroom is separate to the room and has a shower and bath tub.
€55
Fleming Road Nightingale Court, North Stifford
Show on the Map
Specious Double bedroom.Feel like you're home!

Featuring garden views, Specious Double bedroom.Feel like you're home! offers accommodation with a garden and a patio, around 16 km from Olympic Stadium. This homestay provides free private parking and a shared kitchen.
€55
114 Grose Way Romford, London
Show on the Map
Becontreelodge 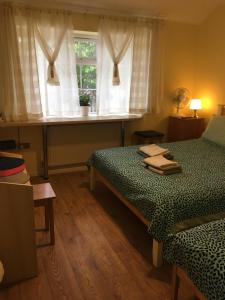 Situated in Dagenham, Becontreelodge features accommodation with free WiFi and flat-screen TV. A microwave and fridge are also available, as well as a kettle. London is 20 km from the apartment, while Croydon is 35 km from the property.
€56
266 Hedgemans Road, Dagenham
Show on the Map
Repton Private Hotel 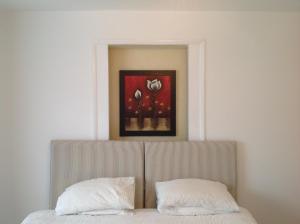 Set in Romford in the Greater London region and within a 5-minute walk away from Gidea Park train station, Repton Private Hotel features accommodation with free WiFi and free private parking is available on site.
€62
18 Repton Drive, Romford
Show on the Map
Havering Guest House 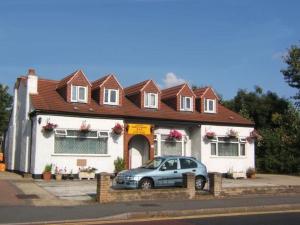 Havering Guest House is located in Romford. This property provides both free WiFi and private parking free of charge. All units in the guest house are equipped with a flat-screen TV.
€62
2 Havering Road, Romford
Show on the Map
Immaculate one bed flat 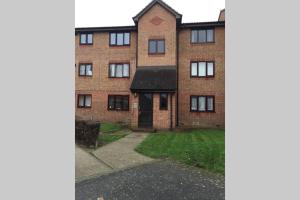 Immaculate one bed flat is set in Dagenham and offers a restaurant. The property is 47 km from Saint Albans, and complimentary private parking is offered. London is 22 km from the apartment, while Croydon is 33 km from the property.
€62
82 Plumtree Close, Dagenham
Show on the Map
Spacious Bungalow in Romford with parking 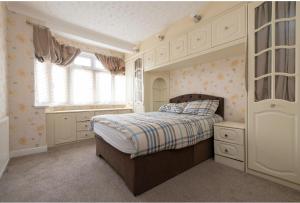 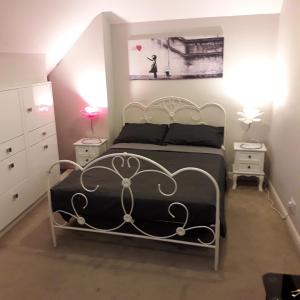 Set in Romford, Street artist offers accommodation with a garden, free WiFi, a 24-hour front desk, and a shared kitchen. The accommodation is 43 km from Richmond upon Thames. The bed and breakfast comes with a flat-screen TV.
€66
242 Main Road, Romford
Show on the Map
Brentwood Guest House 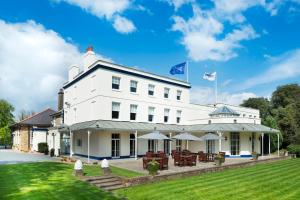 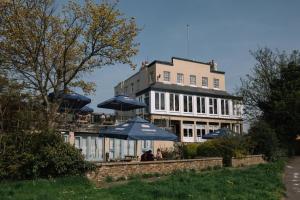 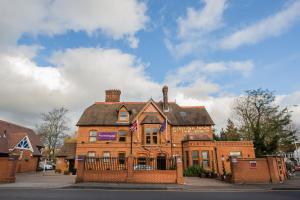 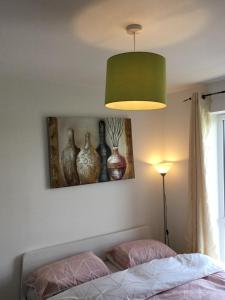 BABS COTTAGE is located in Belvedere. Guests have access to free WiFi. The homestay is fitted with a flat-screen TV. London is 20 km from the homestay. London City Airport is 7 km away.
€73
79 Hackney house Clydesdale way, Belvedere
Show on the Map
The Mawney Hotel 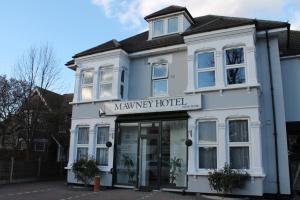 The Mawney Hotel is located in Romford, and offers a landscaped garden with a seating area and a licensed bar. This family-run hotel is just a 12-minute walk from Romford Railway Station.
€77
32 Mawney Road, Romford, Essex, Romford
Show on the Map
;
Book Hotel First!

Where to visit near Upminster, United Kingdom

Where to Stay in Upminster, United Kingdom? 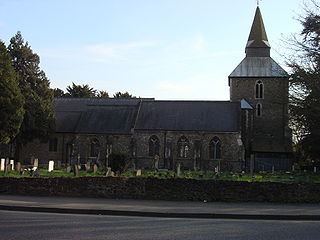 "Upminster is a suburban town in East London, England, and part of the London Borough of Havering. Located 16.5 miles (26.6 km) east-northeast of Charing Cross, it is one of the locally important district centres identified in the London Plan, and comprises a number of shopping streets and a large residential area. Historically a rural village, it formed an ancient parish in the county of Essex. The town has good transport links; it was first connected to central London by rail in 1885 and has a terminal station on the London Underground network. The economic history of Upminster is characterised by a shift from farming to garden suburb. As part of the suburban growth of London in the 20th century, Upminster significantly expanded and increased in population, becoming part of Hornchurch Urban District in 1934, and has formed part of Greater London since 1965. - Wikipedia"