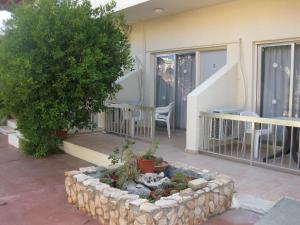 Centrally located in the lively Ayia Napa Town among bars and night clubs, Simos Magic Apartments 1 features self-catered studios and apartments. All the accommodation opens out onto a terrace or balcony with Mediterranean Sea views.
€25
26 Ayias Mavris Street, City Centre, Ayia Napa
Show on the Map
A Maos Hotel Apartments 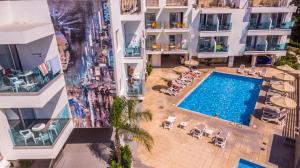 Just a 20-minute walk from the beach, in the vibrant town of Agia Napa, A Maos Hotel Apartments features a swimming pool and a children's pool, a sun terrace and a poolside bar.
€25
30 Demokratias Street, Ayia Napa
Show on the Map
Kapary 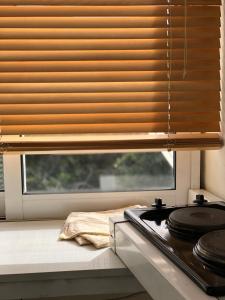 Set just 1 km from Kaparis Beach, Kapary provides accommodation with access to barbecue facilities, a shared lounge, as well as a shared kitchen. Guests staying at this apartment have access to a fully equipped kitchenette and a terrace.
€30
M.KOUTSOFTA 5 F 1, Paralimni
Show on the Map
Detached Cozy Studio 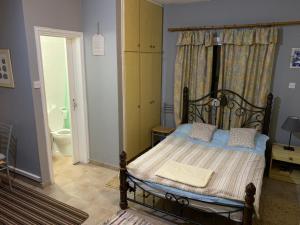 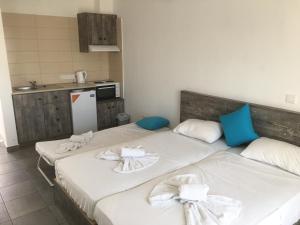 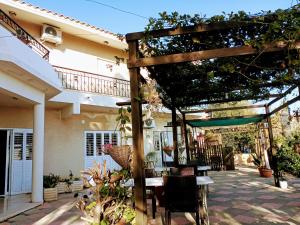 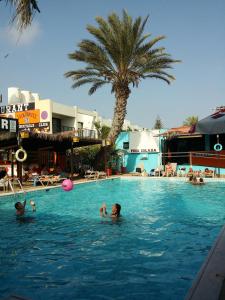 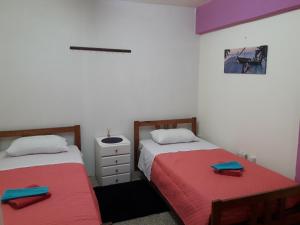 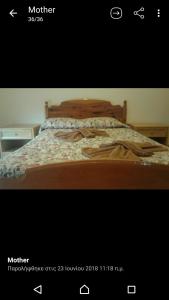 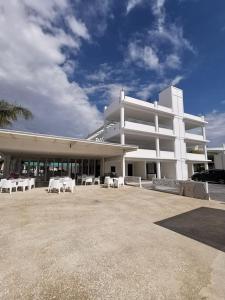 Centrally located in Ayia Napa, a short walk from a sandy beach, L’eros Hotel features a swimming pool and a trendy poolside bar. It offers rooms with a private balcony.
€41
Archibishop Makariou 3, 41 P.O.Box 30162, Ayia Napa
Show on the Map
Holidays in Cyprus 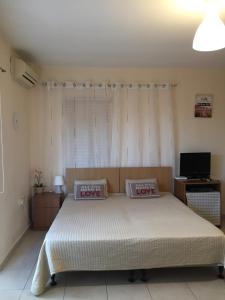 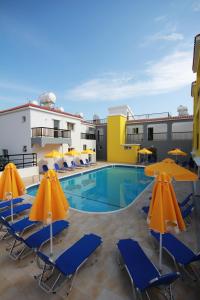 Offering an outdoor pool and a restaurant, Sea Cleopatra Napa Hotel is located in Ayia Napa resort. It features accommodation with a balcony. Free WiFi is available in public areas. The Agia Napa Monastery is 800 metres away.
€41
7, Yiouri Gagarin , City Centre, Ayia Napa
Show on the Map
Summer's Hotel Apartments 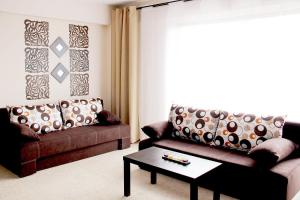 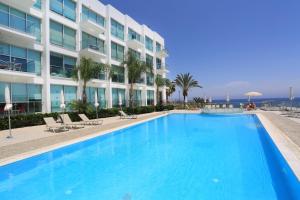 Featuring a swimming pool with a sun terrace and spa facilities, Coralli Spa Resorts and Residence is located in Protaras at Coralli Spa Resort, 2 km from Sunrise Beach. Konnos Beach is at a distance of 3 km from the property.
€43
Dafnis 11-13, Protaras
Show on the Map
Pavlinia Hotel & Apartments 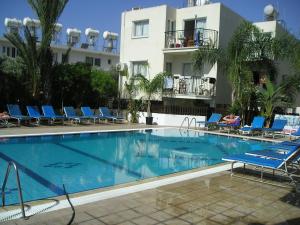 Where to visit near Protaras, Cyprus

Where to Stay in Protaras, Cyprus?

"Protaras is a predominantly tourist resort which comes under the administrative jurisdiction of Paralimni Municipality in Cyprus. In ancient times, where Protaras is now located, stood the old city-state of Leukolla. The city possessed a small safe harbour where the Athenian Demetrius Poliorketes sought refuge in the year 306 BC, lying in wait for Ptolemeos, one of the successors of Alexander the Great. In the ensuing battle, Ptolemeos was defeated and fled to Egypt, leaving Cyprus in the hands of Demetrius for a short time. Protaras is also referred to as "the land of windmills", maintaining the nostalgic quality of the past. - Wikipedia"