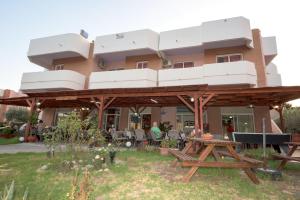 Featuring free WiFi, Old Windmill Studios is set in Faliraki. Anthony Quinn Bay is 1.5 km from the property. Free private parking is available on site. All units include a kitchenette equipped with a refrigerator and stovetop.
€17
15th km Rodos Lindos Ave, Faliraki
Show on the Map
Vera Studios 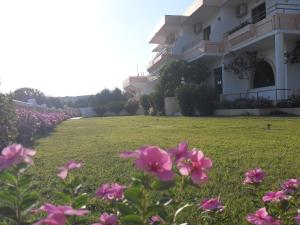 Situated a 15-minute walk from the beach of Faliraki in Rhodes, the family-run Vera features a snack bar 1 km away from the resort centre. It offers studios with a balcony overlooking the garden.
€23
Faliraki, Faliraki
Show on the Map
Dolphin Apartments 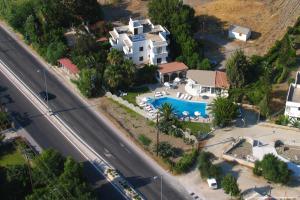 Surrounded by lush gardens, the family-run Dolphin Apartments is situated in the resort of Faliraki, just off Rhodes-Lindos highway. It offers a swimming pool and poolside bar.
€24
Main Street , Faliraki
Show on the Map
Hillside Studios & Apartments The family-run Hillside Studios & Apartments includes a swimming pool and a snack bar and offers air-conditioned accommodation with views of the Aegean Sea. It is located 1.5 km away from the sandy beach in Faliraki.
€25
Faliraki, Faliraki
Show on the Map
Medieval Rose Hotel 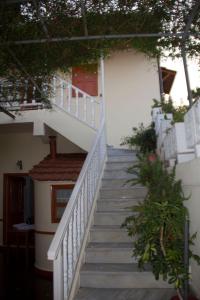 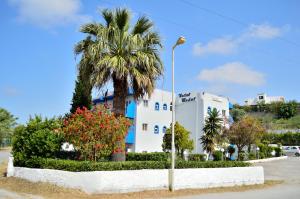 Modul Hotel is set in Faliraki, 2.2 km from Anthony Quinn Bay. The hotel has a seasonal outdoor pool and views of the garden, and guests can enjoy a drink at the bar. Free private parking is available on site. WiFi is provided upon charge.
€25
Eparchiaki Odos Kalithion-Falirakiou 420, Faliraki
Show on the Map
MKP Studio Apartments 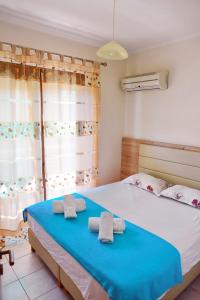 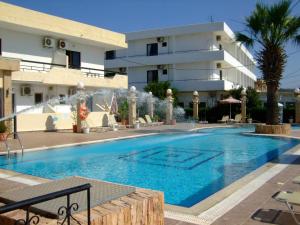 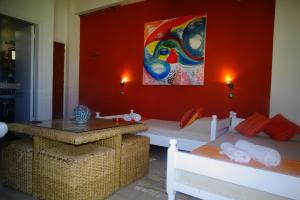 Set in Koskinou, Green Garden Studios offers accommodation with free WiFi and a garden with a terrace and garden views. Kalithea Beach is 2.4 km from the apartment. The nearest airport is Rhodes International Airport, 17 km from Green Garden Studios.
€26
Digeni 12, Koskinou
Show on the Map
Dafne Apartments Studios

Dafne Apartments Studios is an apartment set in Faliraki, 2.2 km from Anthony Quinn Bay. The apartment is 3 km from Rhodes Waterpark. The kitchen is fitted with a fridge. The nearest airport is Rhodes International Airport, 12 km from the property.
€28
Ermou, Faliraki
Show on the Map
Sevastos Studios

The newly renovated Sevastos Studios are located in the resort of Faliraki, within 850 metres from the beach and the centre of the resort. They are an ideal choice for guests looking for value accommodation, comfortable rooms and friendly service.
€29
Main Street, Faliraki
Show on the Map
Alkyonides Hotel 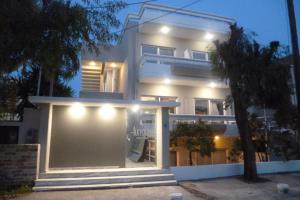 Set in Kremasti, Alkyonides Hotel offers beachfront accommodation 300 metres from Kremasti Beach and offers various facilities, such as a bar, a shared lounge and a garden.
€30
Niriidon 17, Kremasti
Show on the Map
Marieta-Giannis 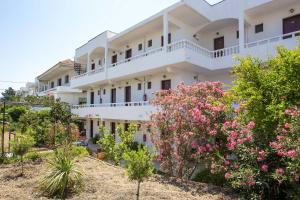 Located in a quiet spot of Faliraki, 350 metres from the beach, Marieta-Giannis features a snack bar and free Wi-Fi in public areas. It offers rooms with a spacious balcony overlooking the garden.
€30
Faliraki, Faliraki
Show on the Map
Mimosa Suites 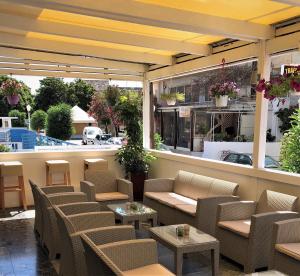 Centrally located in Rhodes Town, Mimosa is 200 metres from the beach and 800 metres from the Palace of the Grand Master of the Knights. It offers free Wi-Fi and a swimming pool. A buffet breakfast including fresh fruit is offered.
€30
4, Georgiou Efstathiou str., Rhodes Town
Show on the Map
Eleonas Apartments The family-run Eleonas Apartments is surrounded by green trees and features a large swimming pool. Sun loungers and umbrellas are available around the pool. The hotel is situated in Ixia.
€30
Pirras 6, Ialissos, Ialyssos
Show on the Map
Comfort Hotel Apartments

Comfort Hotel is just 100 metres from Zefyros Beach and 1 km from the Old Town of Rhodes. It offers spacious, modern apartments, a large pool and a separate children’s pool.
€30
5, Konstantinidi str., Rhodes Town
Show on the Map
Heleni Beach Hotel

Boasting an outdoor pool and magnificent sea views, Heleni Beach Hotel is located close to the beach in Ialyssos. Guests may enjoy a range of dishes at the on site restaurant and an abundance of refreshments at the bar.
€31
Ieroy Lochou 37, Ialyssos
Show on the Map
Levanda Studios 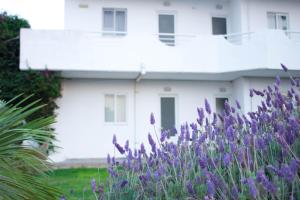 Boasting garden views, Levanda Studios offers accommodation with a terrace and a patio, around 3.4 km from Rhodes Waterpark. Situated 1.7 km from Anthony Quinn Bay, the property features a garden and free private parking.
€31
Ποσειδώνος, Faliraki
Show on the Map
Cozy Apartment In Rhodes 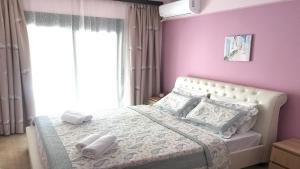 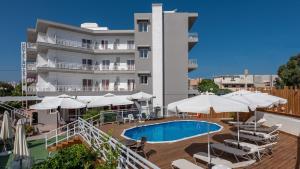 Featuring an outdoor swimming pool , Congo Hotel is located in Rhodes, 1.5 km from the centre of Rhodes Town, with restaurants and cafeterias. A garden and sun terrace are included. Free Wi-Fi is offered in public areas.
€32
Zefyros, Rhodes Town
Show on the Map
;
Book Hotel First!

Where to visit near Ialysos, Greece

Where to Stay in Ialysos, Greece?