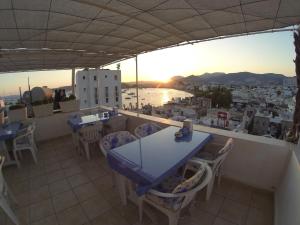 Located in the city centre of Bodrum, Merhaba Pansiyon is just a 3-minute walk from the public beach. The pension offers a rooftop terrace with extensive views of the sea and Bodrum Castle.
€15
Kumbahce Mah. Akasya Sok. No:11, Bodrum City Center, Bodrum City
Show on the Map
Can Otel 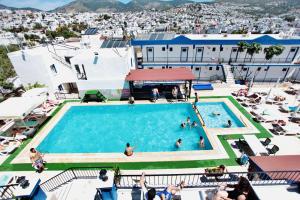 Can Otel features a restaurant, seasonal outdoor swimming pool, a bar and shared lounge in Bodrum City. Each accommodation at the 3-star hotel has pool views, and guests can enjoy access to a garden and to a terrace.
€15
Gümbet Mahallesi Şakir Esendemir Sokak Ayaz Caddesi, Bodrum City
Show on the Map
Durak Hotel 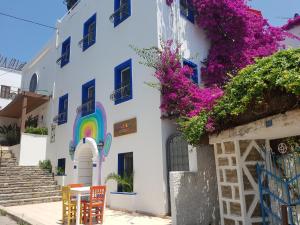 Eskici Hostel Bodrum offers an outdoor swimming pool, a central location next to the seafront of Bodrum and a rooftop terrace with amazing views of the castle and the sea. The no-frills, bright rooms are air conditioned with free WiFi.
€17
Kumbahce Mah. Papatya Sok. No:24 Bodrum, Bodrum City Center, Bodrum City
Show on the Map
Gloria Tibi Gumbet 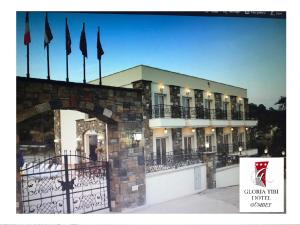 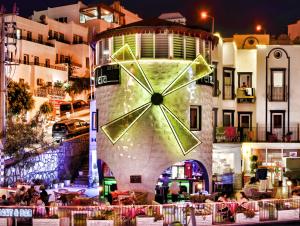 Only a 2-minute walk from the Aegean Sea shores in Gumbet Bay, Club Vela Hotel is a 5-minute drive to Bodrum city centre. It offers 2 outdoor pools, free WiFi and air-conditioned rooms with a 32" LCD TV.
€20
Adnan Menderes Cad. No:16 Bodrum, Gümbet
Show on the Map
Mavi Pansiyon 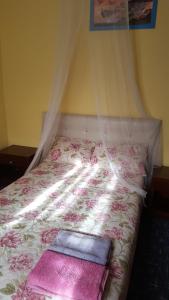 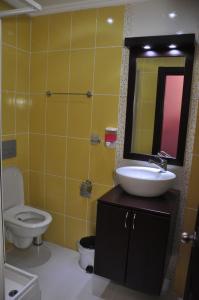 Situated in Torba Bay, Hotel Olivia is only 400 metres from the beach. The hotel has an outdoor pool, and a terrace with extensive sea views. All rooms have air conditioning and free Wi-Fi. The rooms of Olivia Hotel include a TV and a mini fridge.
€21
Torba Mah. Irmak Sok. No:4 Bodrum, Torba
Show on the Map
Merkez Kumsal Pansiyon 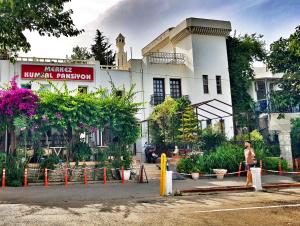 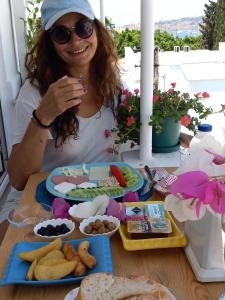 Set in Bodrum City, Perice Butik Pansiyon offers accommodation with a patio or a balcony, free WiFi and flat-screen TV, as well as a restaurant and a shared lounge. All units are air conditioned and include a seating and/or dining area.
€22
İmren Sokak no:10 no 10, Bodrum City Center, Bodrum City
Show on the Map
Casa Aria Hotel

Situated in Gümbet Casa Aria Hotel is only 300 metres from a sandy beach. It features an outdoor pool with sun-lounger terrace and has air-conditioned guestrooms with free Wi-Fi.
€22
Eskicesme Mahallesi Buyu Iskender Caddesi No:36 Gumbet - Bodrum, Gümbet
Show on the Map
Costa Sariyaz Hotel

The Sariyaz Hotel offers modern accommodation in a quiet part of Bodrum town. This is a lovely and peaceful place, ideal for a relaxing holiday close to the beach. For night entertainment guests need only to walk a short distance to the nearby...
€22
Dr. Mumtaz Ataman Cad. No 47, Bodrum City
Show on the Map
Artı Butik Otel 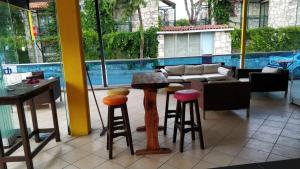 Set in Gümbet, Artı Butik Otel offers beachfront accommodation 300 metres from Gumbet Beach and offers various facilities, such as a restaurant, a bar and a garden. Around 2.2 km from Bodrum Windmills, the property is also 4.
€23
Gümbet Mahallesi Adnan Menderes Caddesi No 35/1 Bodrum, Gümbet
Show on the Map
Dilek Apart Hotel 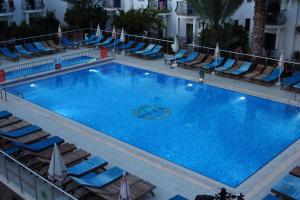 Centrally located in Gumbet, Dilek Apart Hotel offers a garden with mandarin trees and an outdoor pool surrounded with free parasols and sun loungers. This self-catering accommodation is only 200 metres from the beach.
€24
Gumbet Mah. Mister Hadi Sok. No:2 Bodrum, Gümbet
Show on the Map
Mavi Yeşil Yaşam Hotel 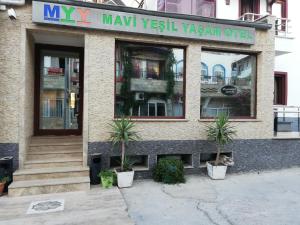 Situated in the centre of Gumbet, Mavi Yeşil Yaşam Hotel is just 200 metres to the beach. It offers a terrace and an outdoor pool with free parasols and sun loungers. Free Wi-Fi is available throughout the property.
€24
Eskiçeşme Mh. Erguvan Sk No:58 Gümbet Bodrum, Gümbet
Show on the Map
Bircan Hotel 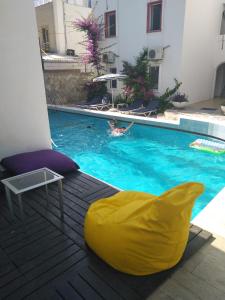 This charming, family-run hotel is only a 5-minute walk from Bodrum Marina, a 10-minute walk from Bardakci Bay and 2 km from Gumbet Beach. Its secluded garden features a pool with night lighting and a bar with beanbags.
€24
Cafer Pasa Mah. No:6, Bodrum City
Show on the Map
Camlikosk Apart Hotel 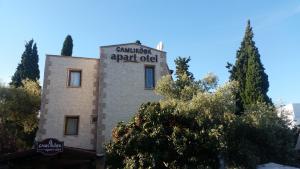 Located in central Bodrum, Camlikosk Apart Hotel is 400 metres to the seafront. It offers a nice garden, free Wi-Fi and air-conditioned room with a TV and mini fridge. The rooms at Apart Hotel Camlikosk come with simple furnishings.
€24
Caferpasa Cad. No:4 , Bodrum City
Show on the Map
Merih Hotel 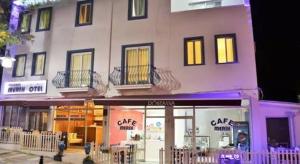 Only 50 metres from the Bodrum shores along the Aegean Sea, this centrally located pension is a minute walk to the popular street with bars. Bodrum Castle is a 10-minute walk away and free Wi-Fi is accessible in all areas.
€25
Kumbahce Mah. Ataturk Cad. 94/1, Bodrum City Center, Bodrum City
Show on the Map
;
Book Hotel First!

Where to visit near Bodrum, Turkey

Where to Stay in Bodrum, Turkey?

"Bodrum is a district and a port city in Muğla Province, in the southwestern Aegean Region of Turkey. It is located on the southern coast of Bodrum Peninsula, at a point that checks the entry into the Gulf of Gökova, and is also the center of the eponymous district. The city was called Halicarnassus of Caria in ancient times and was famous for housing the Mausoleum of Mausolus, one of the Seven Wonders of the Ancient World. Built by the Knights Hospitaller in the 15th century, Bodrum Castle overlooks the harbour and the marina. The castle includes a museum of underwater archaeology and hosts several cultural festivals throughout the year. The city had a population of 36,317 in 2012. It takes 50 minutes via boat to reach Kos from Bodrum, with services running multiple times a day by at least three operators. - Wikipedia"